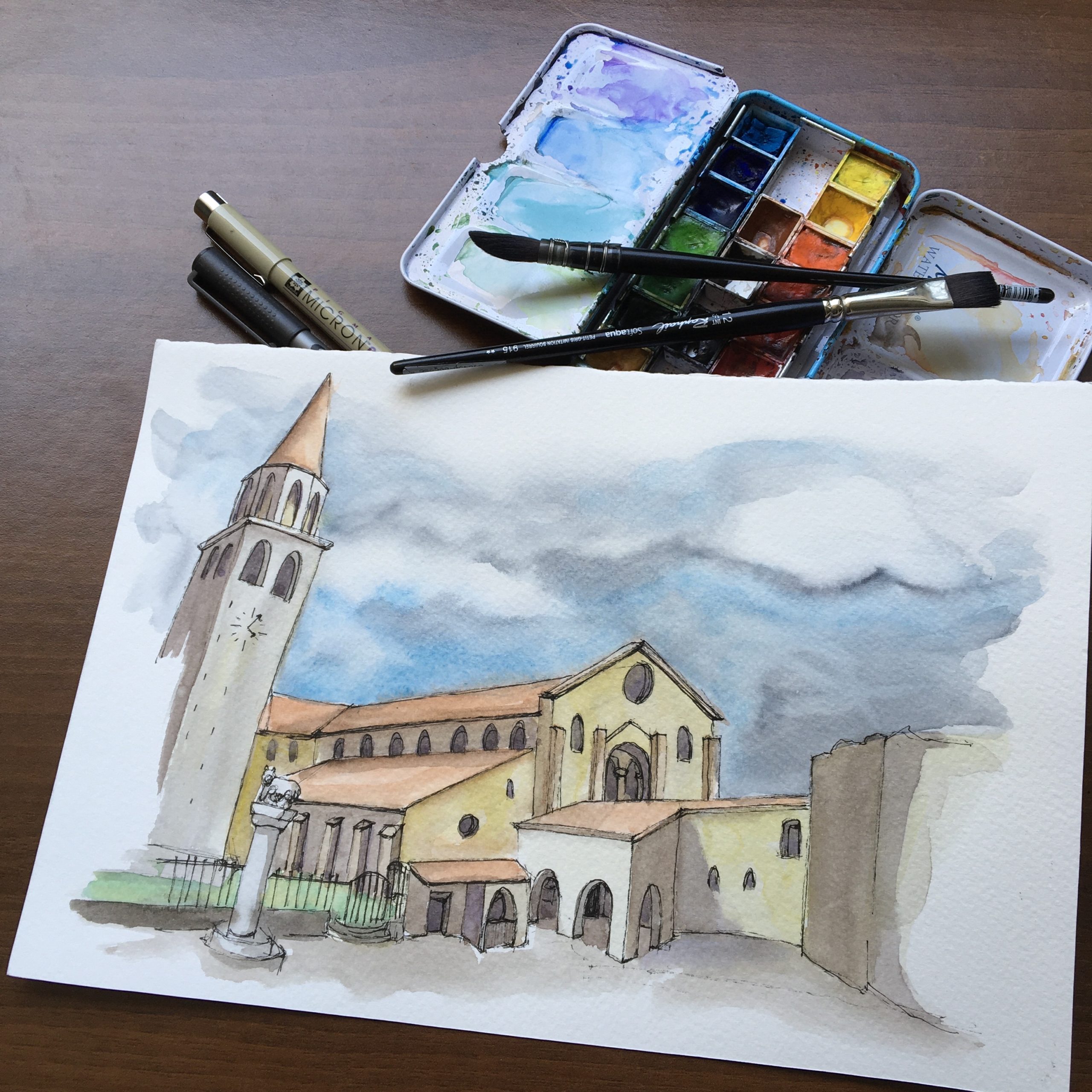 The Basilica of Santa Maria Assunta in Aquileia

Visiting one of the most important archeological sites in Northern Italy

The Basilica of Santa Maria Assunta in Aquileia captured during the #italiagrandsketchingtour.

I left Pordenone in the afternoon having spent a nice lunch with my friends chatting and visiting the festival boots. My idea was to arrive to Trieste by night but being the end of September the weather is starting to be a bit crazy and two thirds of the way the fog started appearing. It became cold and rain was going to pour down soon. Since I was in the vicinity of Aquileia I decided I could stop one more night on the road and take the opportunity to visit this town, so important for the history of the region.

I arrived at the hostel just in time before a terrible storm catches up with me. The guy at the reception even told me that a weather alert was announced because of it. I went to bed wondering if I could get back on the road the next day.

The history of the Basilica

In the morning fortunately the weather gave me the opportunity to take a nice tour of Aquileia and its Roman remains and stop for a sketch of the Basilica of Santa Maria Assunta. The original church dated back to the fourth century. The current basilica was built in the eleventh century and rebuilt again in the thirteenth century. It is located on Via Sacra, the old sacred Roman road, and overlooking the Piazza del Capitolo, along with the bell tower and the baptistery.

The Basilica inside is famous for its breathtaking mosaic dating from the Roman period on. Aquileia in fact since its foundation in the 2nd Century was an important center for the Roman Catholic Church, and together with Ravenna and Brescia is one of the most important archeological sites of Northern Italy. 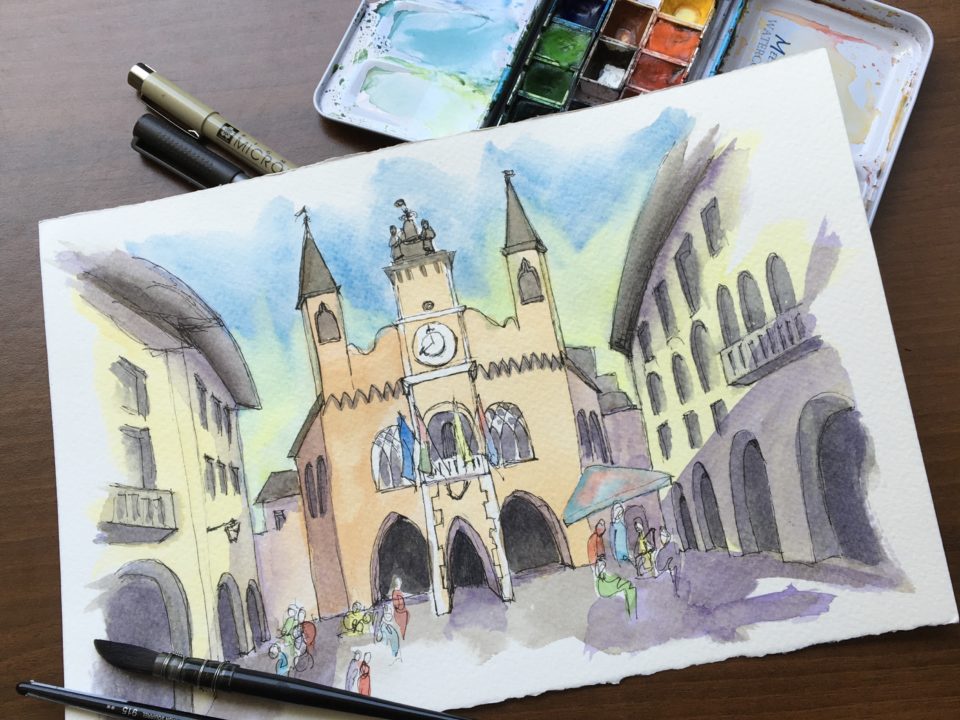 The loggia of the town hall in Pordenone 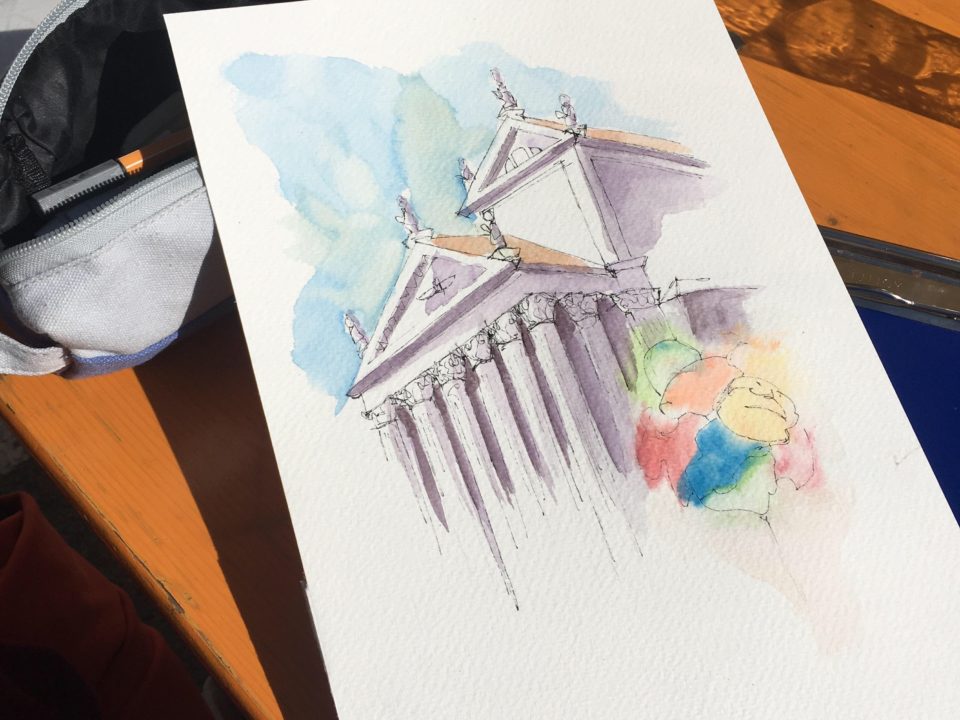