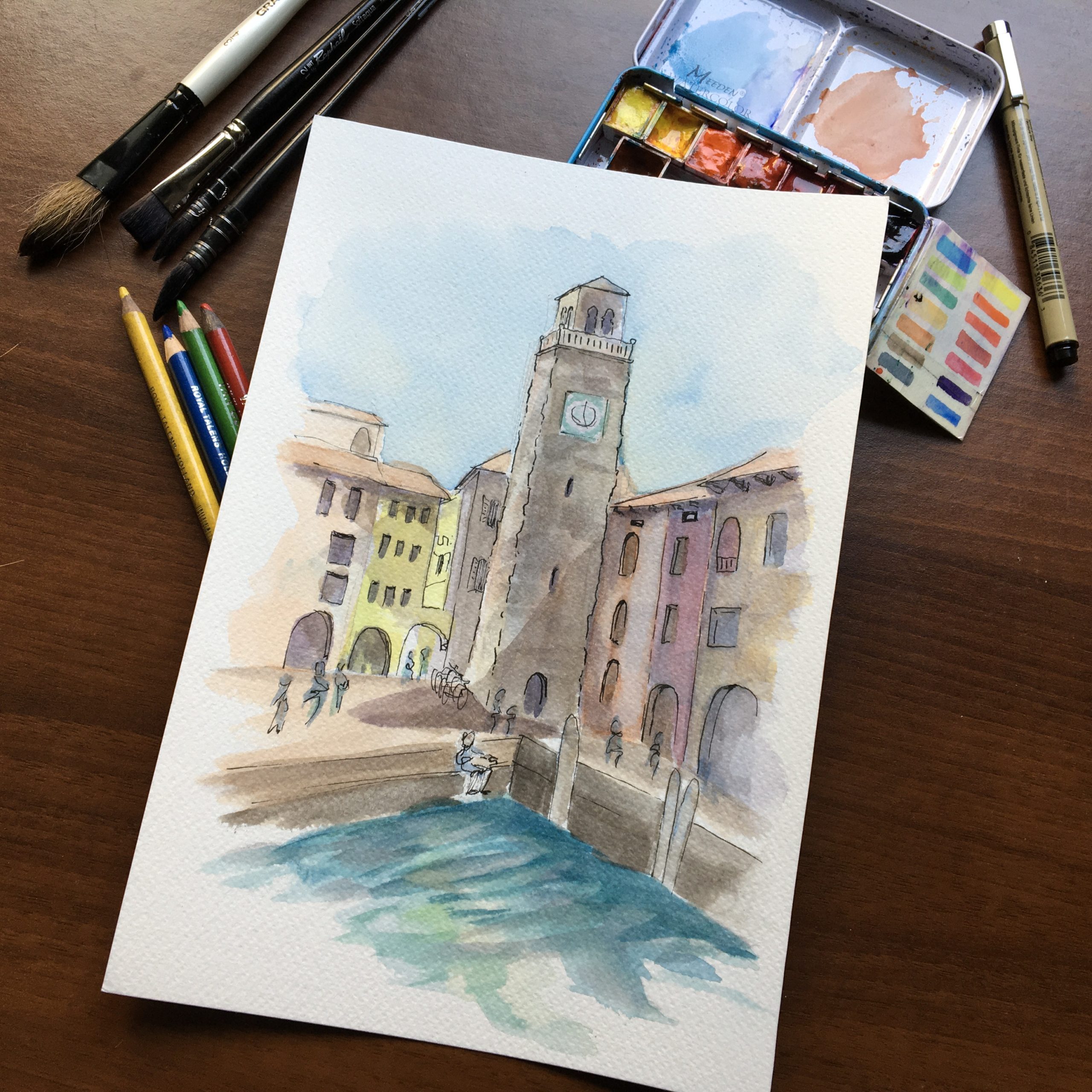 The ancient tower that overlooked the Lake of Garda

View of the Torre Apponale in Riviera del Garda during the #italiagrandsketchingtour.

After Rovereto, it is time to move around the Garda Lake, a magnificent lake famous for its history and for the beautiful scenery, so much that is now a perfect place for a vacation. And in fact the city of Riviera del Garda was very crowded with its festive holiday atmosphere.

After walking around the historical center I went to sit by the lake. In the port area I decided to paint the ancient tower Apponale that rises 34 meters on the east side of Piazza III Novembre. This is the symbol of the city and it overlooks the point of the lake.

The tower was built in the thirteenth century with stone blocks of different sizes. It guards the port and the square, the ancient center of trade and fairs. In 1555 it was raised to its actual height while in the 1920s the tower was affected by structural changes that led to the replacement of the ancient onion-shaped roof of the tower, of Nordic inspiration, with the current one.

In 2002, after a complete restoration, it is possible to retrace the 165 steps that lead to the top of the tower. From there, you can admire geometries of the square and dominate the pier, the city of Riva and the blue waters of Garda.

Title of the painting ‘The Torre Apponale in Riviera del Garda’

This paintings is part of the Italia Grand Sketching Tour Collection, a series of original ink and watercolor paintings done on location during my tour to discovery the  marvelous Italian heritage. All paintings are also available as numbered and originally signed prints. Check them in my shop.

Also, the painting and the adventures linked to it  are narrated in the “Italia Grand Sketching Tour” book, available in Italian and in English. You can receive the free poster of the Tour here. 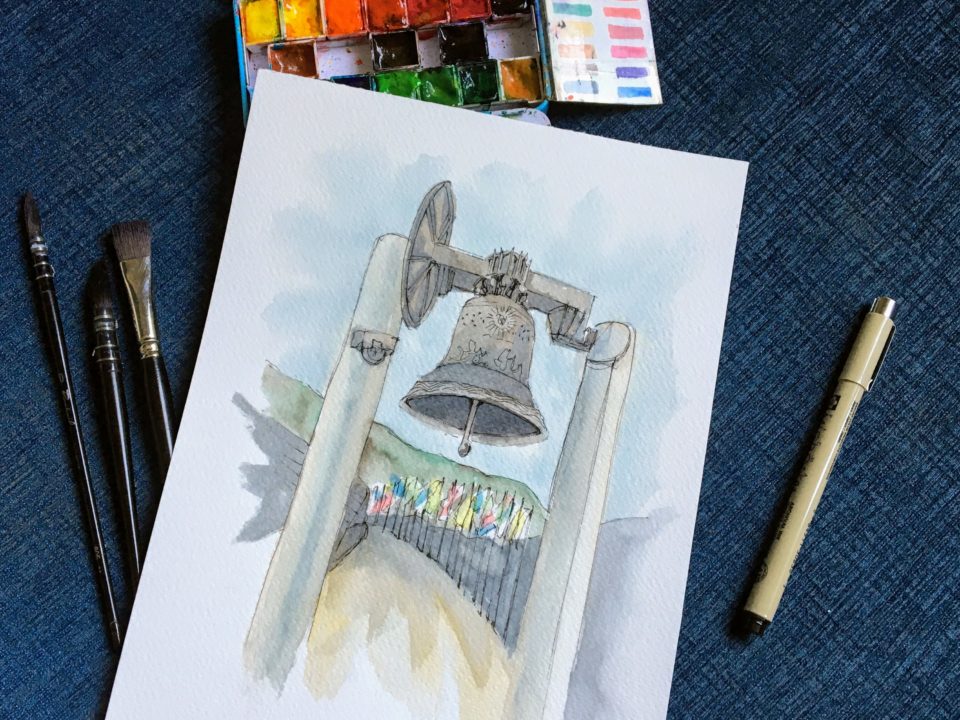 The Bell of Peace in Rovereto 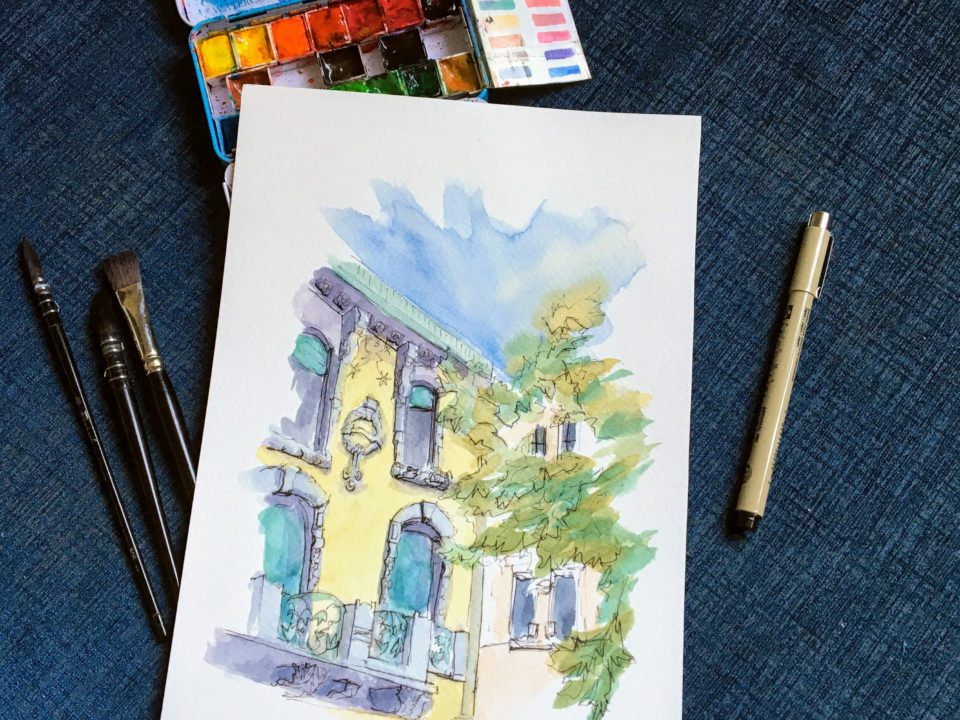 The lakefront of Saló on the Garda Lake