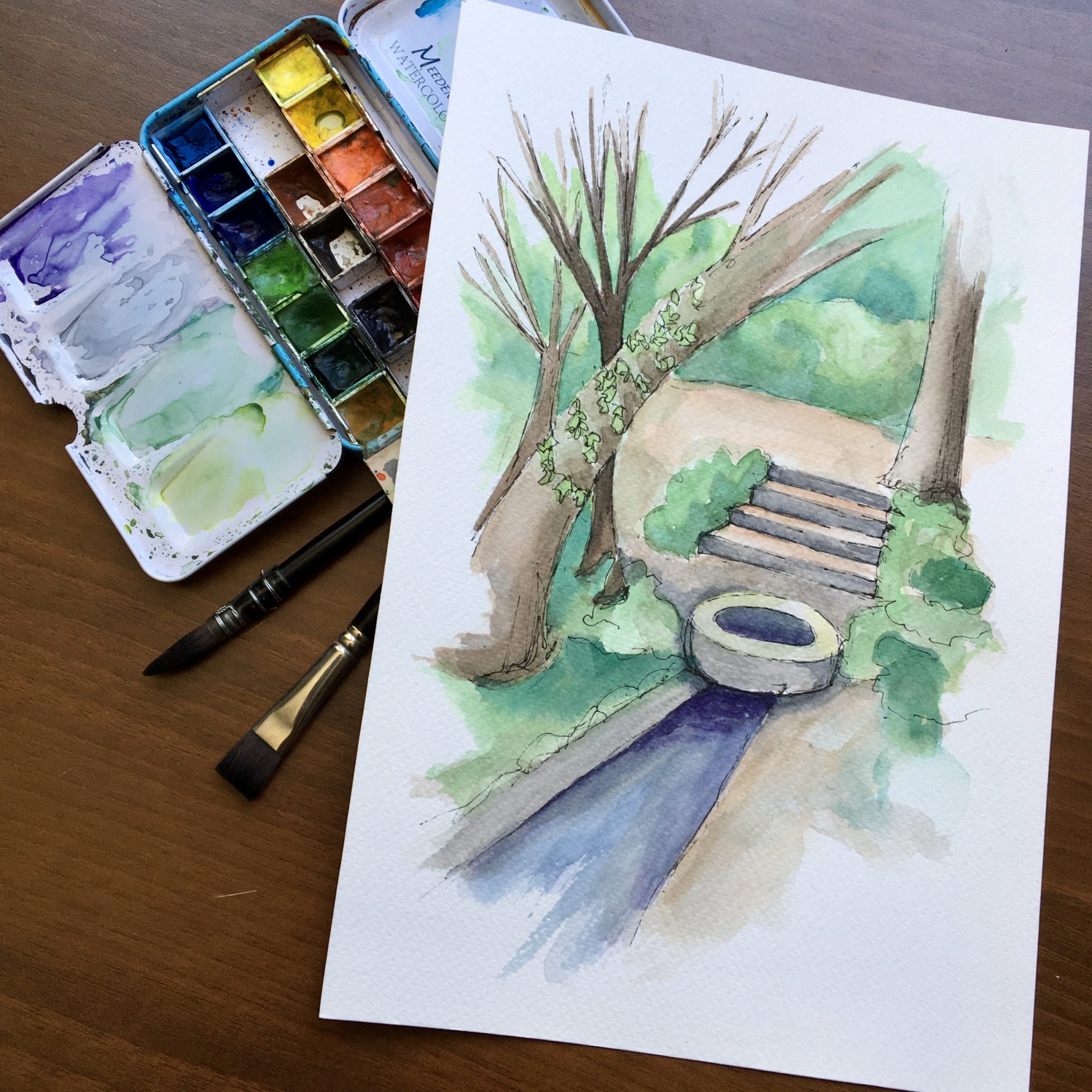 Relaxing in the footsteps of Ippolito Nievo, a great Italian writer

Just outside the town of Cordovado, beyond the railway line, I went to search for the fountain of Venchiaredo. I didn’t know much about it but I discovered that is was celebrated by Ippolito Nievo in his romance masterpiece ‘Confessions of an Italian’. And I decided that I wanted to see the place.

The fountain is inside the “Ippolito Nievo Literary Park”, conceived by the writer Stanislao Nievo, the great-grandson of the writer, together with the Municipality of Cordovado. The town hosted often the writer within its wall. The family of the writer in fact had origins in the area.

I personally didn’t know what to aspect, but at the word Fountain I was looking for a monument in the woods. But I found something very different and even more magical. The fountain is a small circular well that reminds of a medieval place for wizards and witches to meet for their ritual. It made me think of the Celtic legends of Merlin and its fellow wizards. And I remained mesmerized by the peace of the place.

Luckily y enough, I don’t have to be the one describing the place. This green oasis with the clear and fresh spring waters is described in a passage taken from one of the most beautiful literary pages of the Italian nineteenth century by Ippolito Nievo.

Venchiaredo in the words of the poet

In my translation (hopefully I can transmit the power of the words):

“Between Cordovado and Venchiaredo, one mile from each town, there is a large and clear fountain the water that is said of containing many cooling and healthy qualities.  […] Hidden and meandering paths, whisper of streams, sweet and mossy bends, nothing is missing all around. It is precisely the mirror of a sorceress, that clear water of Cilento that gushing insensibly from a fine gravel bottom has risen to double in its womb the image of such a picturesque and pastoral scene. These are places that remind people of Eden before sin “(Chapter IV of the novel The Confessions of an Italian).

But this was not the only time the fountain was mentioned by a great author (and I’m not talking of myself). Pier Paolo Pasolini also dedicated a tribute to this idyllic place, the lyrical Limpid fountain of Vinchiaredo, dated 24 August 1945. Another beautiful passage of Italian literature.

The simplicity and purity of this place was great to paint, in total solitude. A moment of deep meditation and creation. 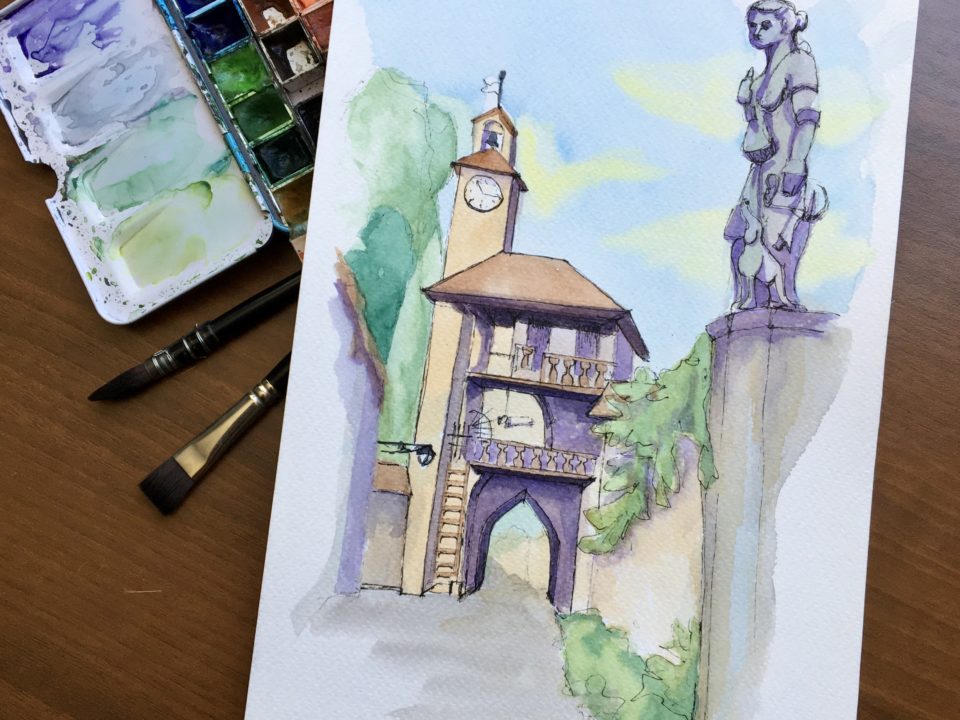 The gate at the entrance of Cordovado 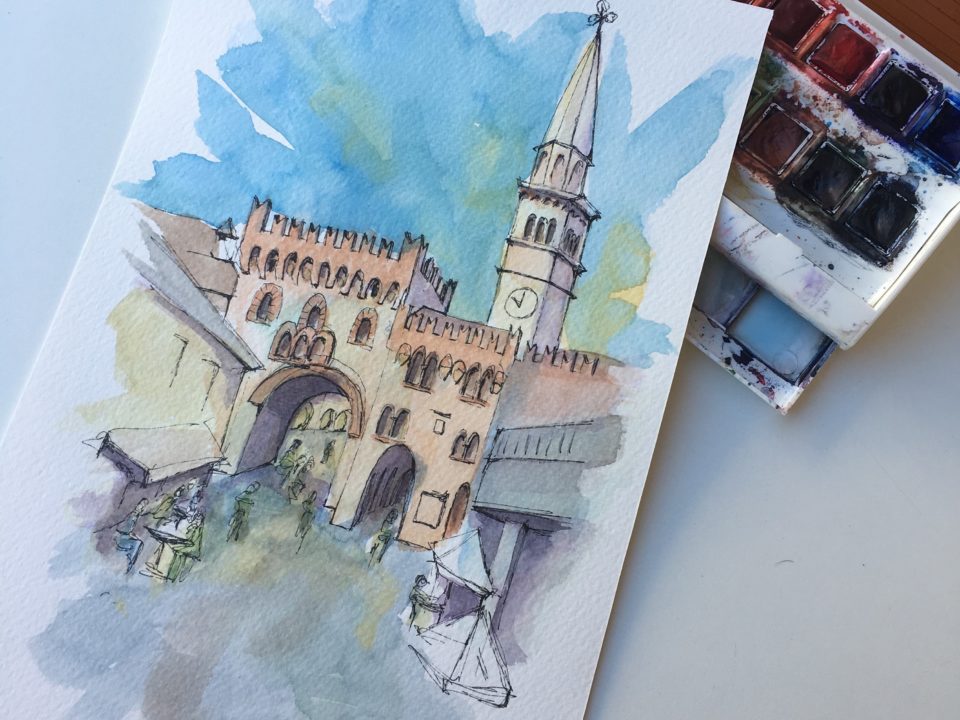