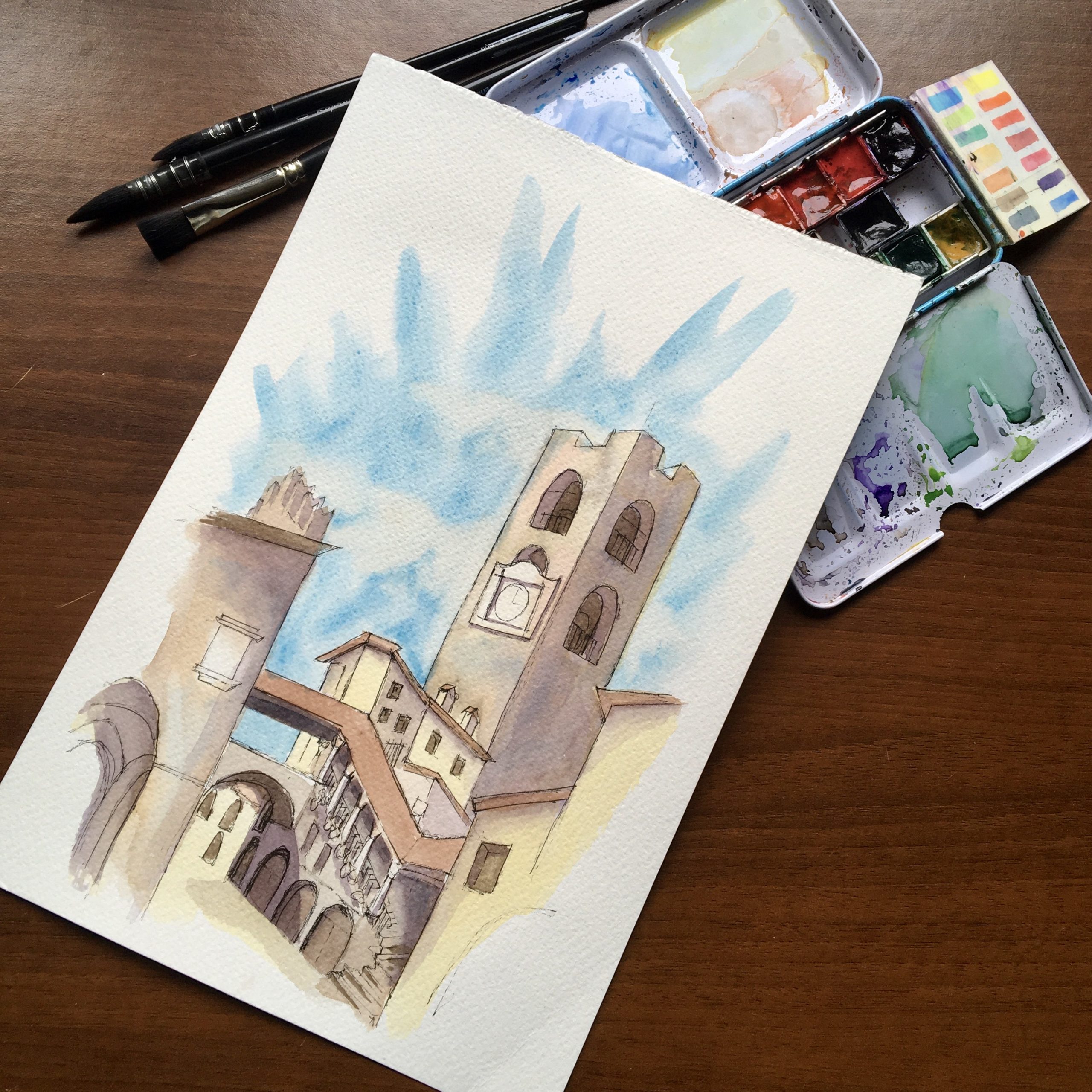 The Old Square of Bergamo

The Medieval face of the city

The Old Square of Bergamo drawn during the #italiagrandsketchingtour.

Before heading back to the lower town, I couldn’t miss to draw also the Old Square, one of the main views of the city. It is actually just on the other side of the Basilica but it is very characteristic with the stairs climbing to the tower in a mix of medieval and venetian style buildings.

The square lies on the ancient Roman Foro, the main square of the Roman cities and in fact here was found during the excavations the Cardo Maximus, the Latin name given to the north-south main street in ancient Roman cities. During the centuries this became the squares of the village but in the medieval time the city grew and the Palazzo della Ragione with the loggiato was built to make the headquarters of the municipality. On the side, with the tower, was built the Palazzo del Podestà also for hosting the government of the city. From that time on, the style might have changed a little but the buildings remained intact giving the square this strong and powerful look.

A sweet break at ‘La Marianna’

After this, I knew there were two more things missing to do, one of which in Bergamo Alta. I had to try the Stracciatella Ice Cream that was invented here in ‘La Marianna’ in 1961. The story says that they were inspired by the soup called stracciatella and very typical of the area, in which the egg is poured into the hot broth and by beating it creates filaments, ‘stracci’. In the same way, Enrico Panattoni’s original recipe calls for a very creamy ice cream base with cream, milk, yolks and sugar and in the cold mixture the dark melted chocolate is poured. In this way the hot compound solidified and was torn into pieces once in contact with the frozen cream. And I have to say, the ice cream was really incredible and the quality of the ingredients could be tasted, making this the best Stracciatella I ever had.

Title of the painting ‘The Old Square of Bergamo’ 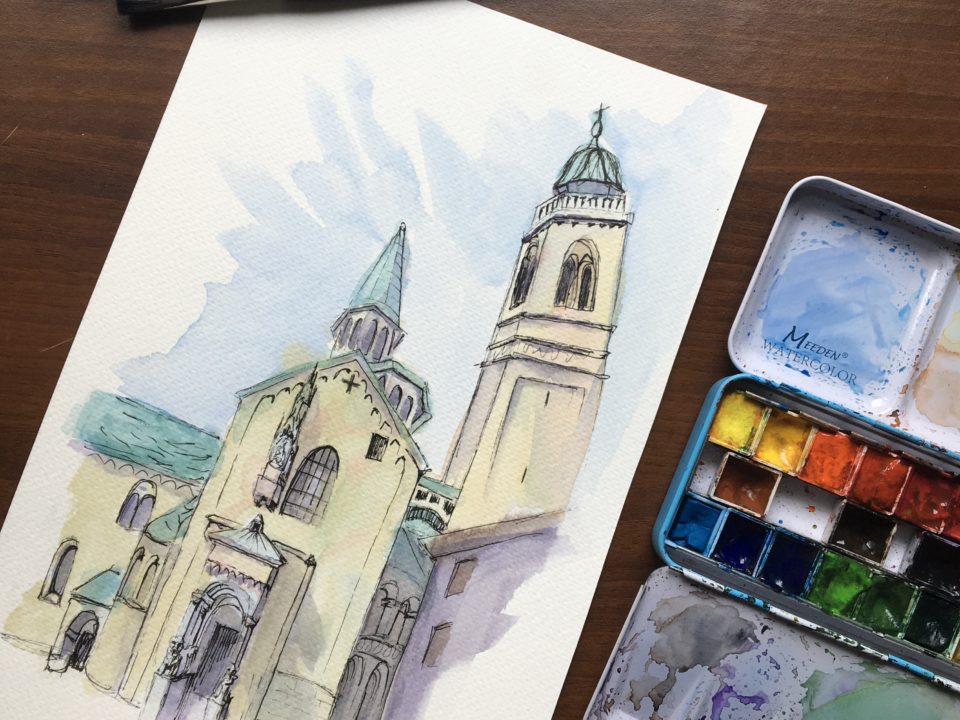 Back view of Church of Santa Annunziata in Bergamo 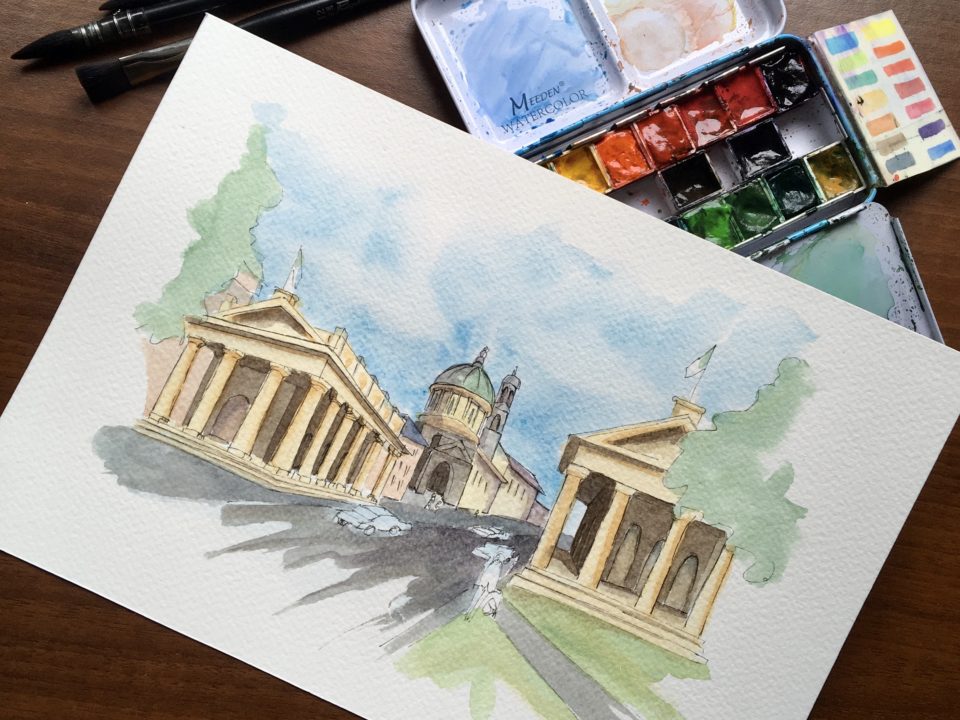 The Porta Nuova in Bergamo