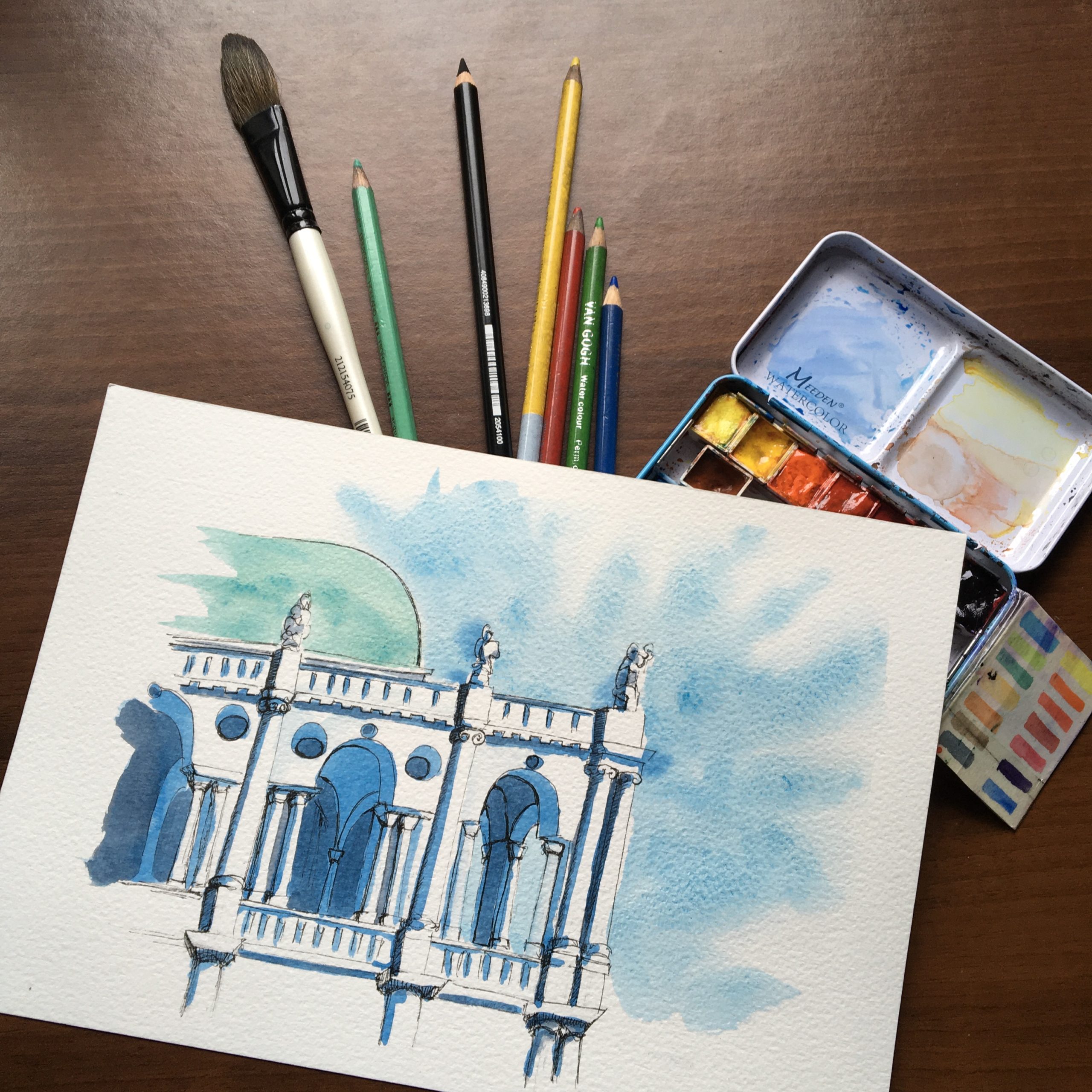 The Loggia of the Basilica Palladiana in Vicenza

The first appearance of the Loggia in Vicenza

The Loggia of the Basilica Palladiana in Vicenza during the #italiagrandsketchingtour.

This is painting of a small detail of the Basilica Palladiana, the Renaissance building by Antonio Palladio that dominates Piazza dei Signori in Vicenza. This detail shows the loggia, which is the most notable feature of the edifice. It is in fact one of the first examples of the Palladian Window, one of the features that he introduced in renaissance architecture.

Like many other Palladian buildings, the Basilica is in the UNESCO World Heritage Site List and he is an incredible exposition space that hosts every hear beautiful exhibitions famous all over the world.

I have seen many of them, and I always loved this building. So strong and light at the same time, a pure synthesis of rhythms and negative spaces. It was so beautiful to sit on a corner of the square, just before sunset to admire and decide how to capture those architectural details of the loggia. And it was not easy. It is one of those cases in which you wish to put every single detail on paper but it is impossible and you have to choose. What a great skill to learn when you draw and paint.

A Palladian commission for most of his life

Back to the story of the Basilica. The building was originally constructed in the 15th century and was known as the Palazzo della Ragione. It was combining two older buildings and it was in gothic style. After the building collapsed, in 1549 the city commissioned to the 40 years old Palladio the reconstruction. Palladio added a the outer shell of marble combining the loggia and the portico that now hides the original Gothic architecture. Palladio was the first to call the building a basilica, after the ancient Roman civil structures, and the name stuck until today.

This building was an expensive project and Palladio received for the work an income of 5 ducats a month for most of his life. The building was completed 1614, thirty years after his death, but still it is considered one of the most important works by the architect. 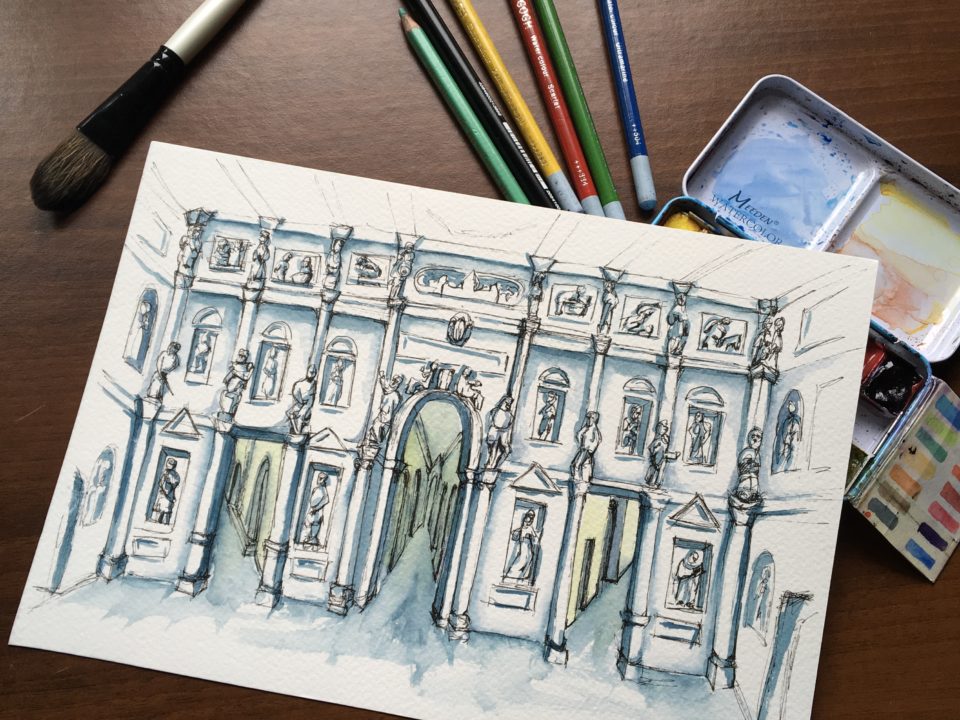 Interior of Teatro Olimpico in Vicenza 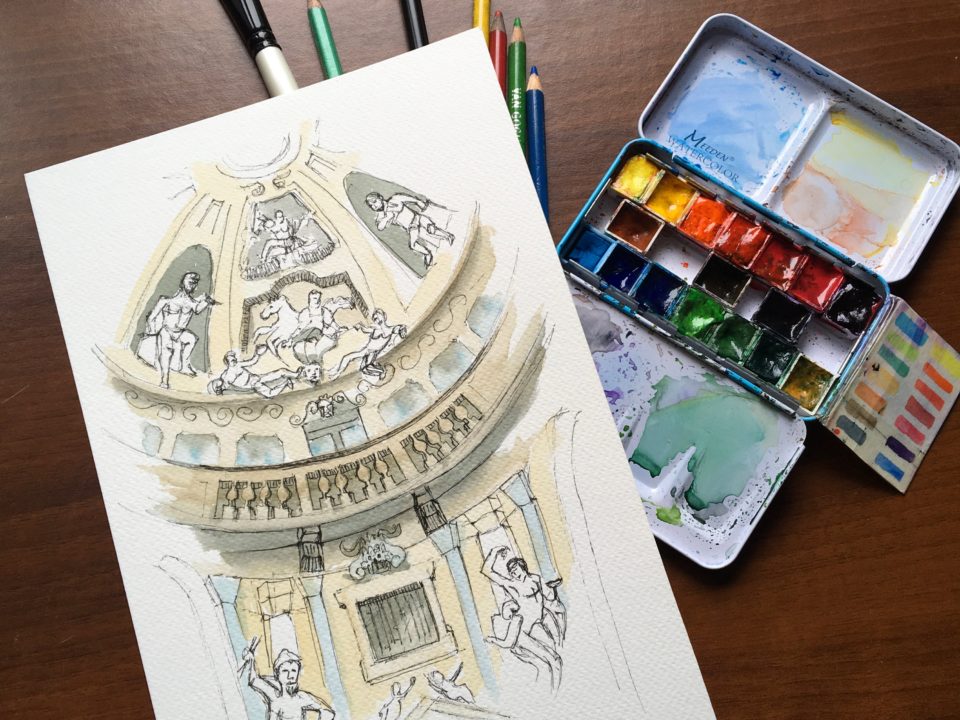 The Interiors of Villa La Rotonda