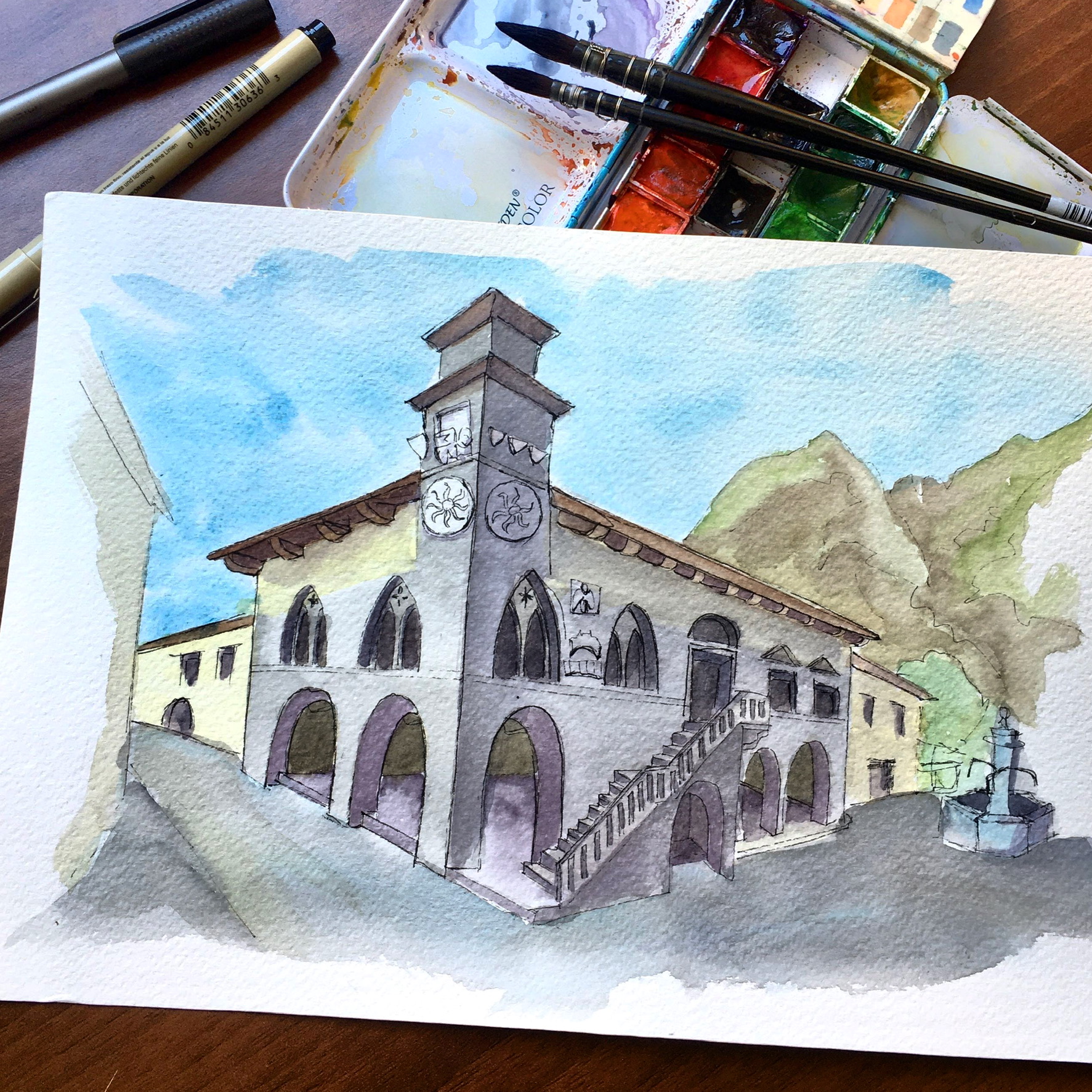 The gothic City Hall of Venzone

A short lunch in the main town square

The gothic City Hall of Venzone sketched during the #italiagrandsketchingtour.

Another view that I wanted to capture was that of the Venzone City Hall, in the main square. So I decided to stop for lunch in the Osteria just in front of the palace. I loved this perspective with all the arches, which are always a big challenge because they need to show the movement and the depth of the facade while maintaining the flow.

The building is from the 14th Century and it is so interesting. It is in gothic style revisited later on with Venetian and Tuscan style. Underneath the Loggia with the arches creates an ample space that was probably used for the city market throughout the centuries while the stairs lead to the first floor. The tower with its sculpture of the Venetian lion is a testimony of the years under their domination.

The town in fact was born as a stop on the ancient trade route leading from the Adriatic coast into the Eastern Alps during the Celtic period about 500 BC, and later on during the Roman Empire. It became a fortified settlement during the Longobard domination. As many towns in this area, Venzone was conquered by several different foreign countries and was always a place of passage from one empire to the other, making it a place with several architectural influences that can be seen all over town.

Title of the painting ‘The gothic City Hall of Venzone’ 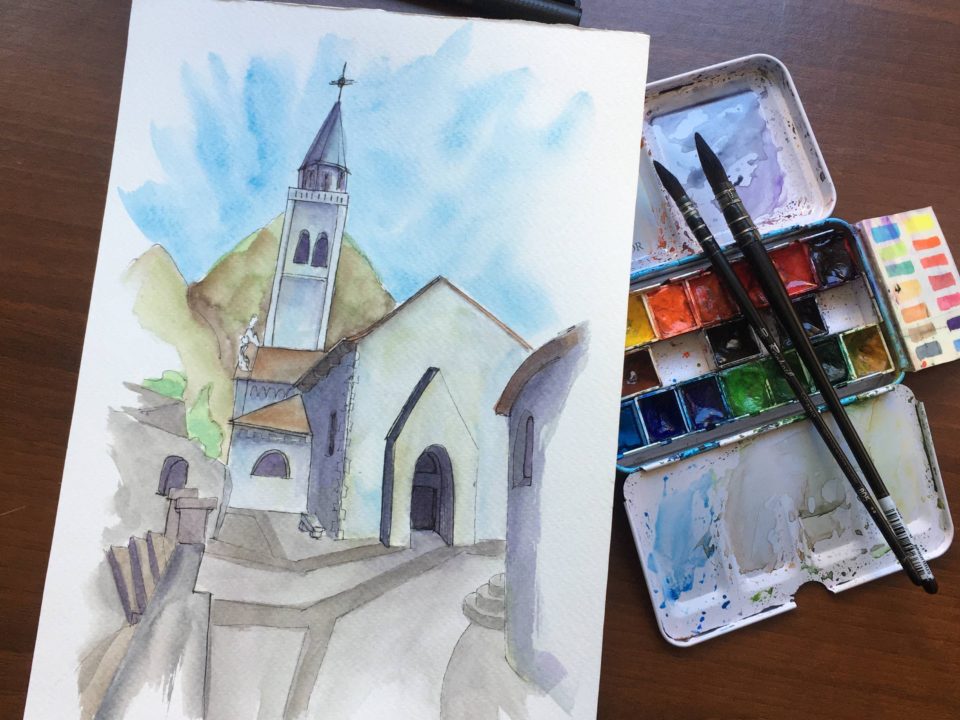 The Church of Sant’Andrea in Venzone 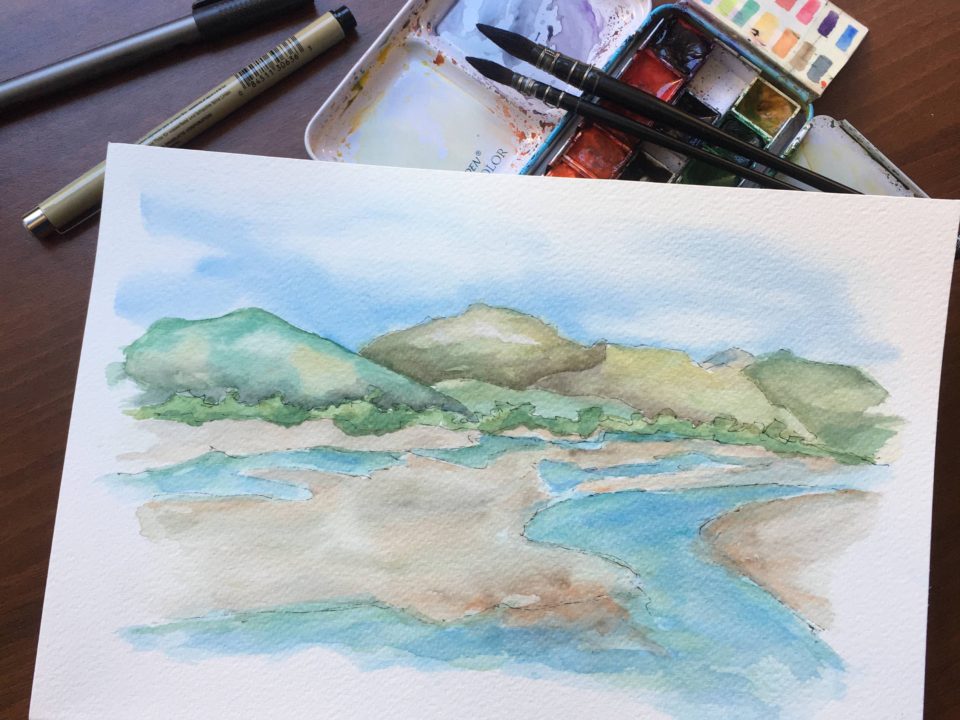 The Tagliamento River near Spilimbergo