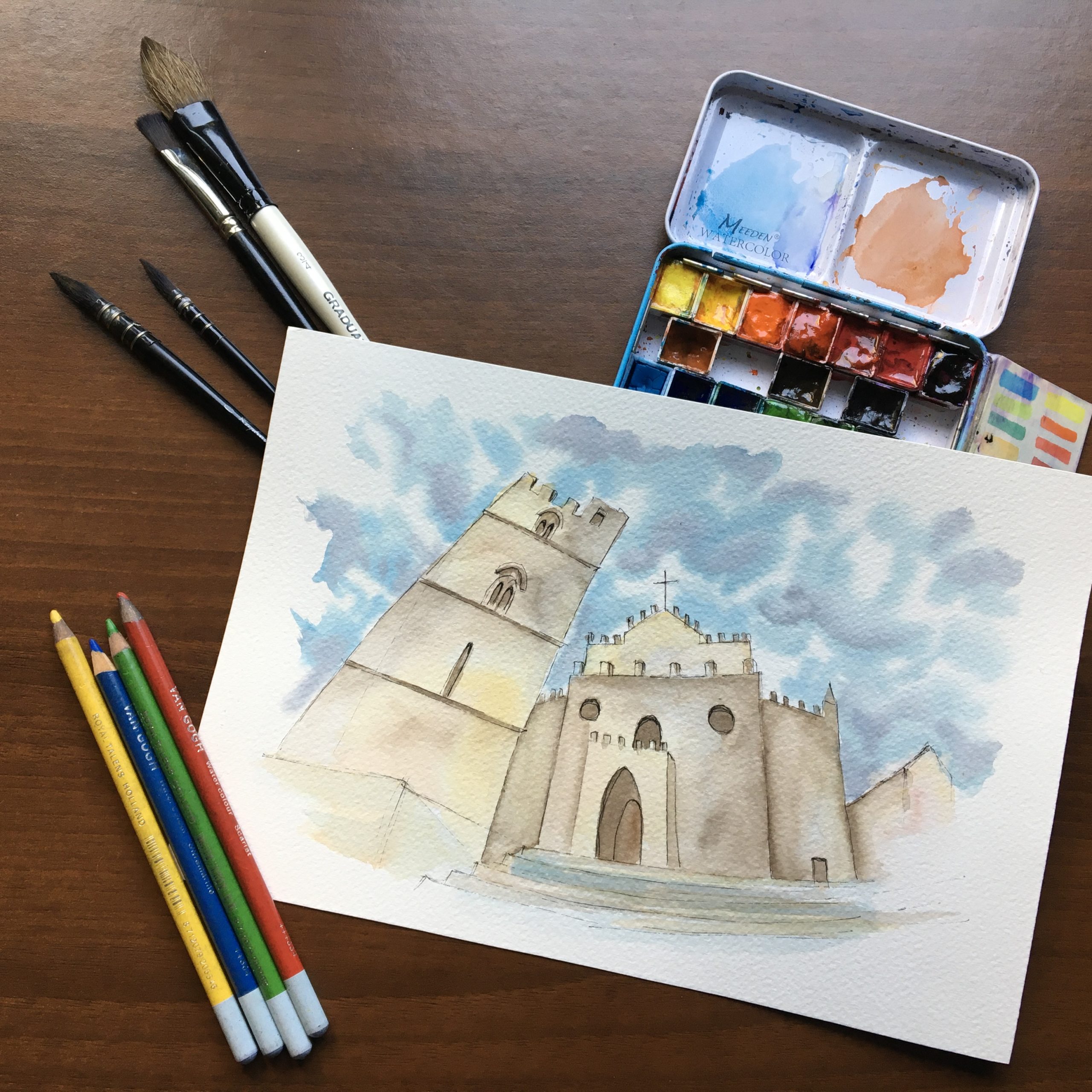 The gothic cathedral of Erice in Sicily

The majestic church enclosed in the small medieval streets

The gothic cathedral of Erice In Sicily during the #italiagrandsketchingtour.

Once entered in the town of Erice, after the first corner a small square opens up and the majesty of the romanic Cathedral dedicated to Maria Assunta. The view is incredible because the church is so big compared to the surrounding houses and the perspective creates a sense of mystery and power.

The church unfortunately was closing for lunch, also because it is managed as a museum and you pay for the entrance. But just on the other side of the square there is a small chapel where to spend some time in prayer, or meditation in my case. After I had to choose where to capture the church from to express the incredible perspective that so captured my attention, and laying against a wall I hope I managed to show it.

Short history of the Duomo

Regarding the Duomo, the oral tradition speaks of a primitive Christian temple at the time of Emperor Constantine in the 4th century AD, probably on the remains of a Greek temple dedicated to Venus Erycina. Later on, during the Spanish domination in the 13th Century the king Federico III d’Aragona had to leave Palermo and he was protected in Erice. Once he was able to return to the capital, he started the construction of the church in a gothic style typical of the century, as a way to thank the city that supported him. The church changed partially during the century in its architecture and more chapels were added on the two sides, but the main style remains the original one, in all its simple strength and majesty.

Title of the painting ‘The gothic cathedral of Erice’ 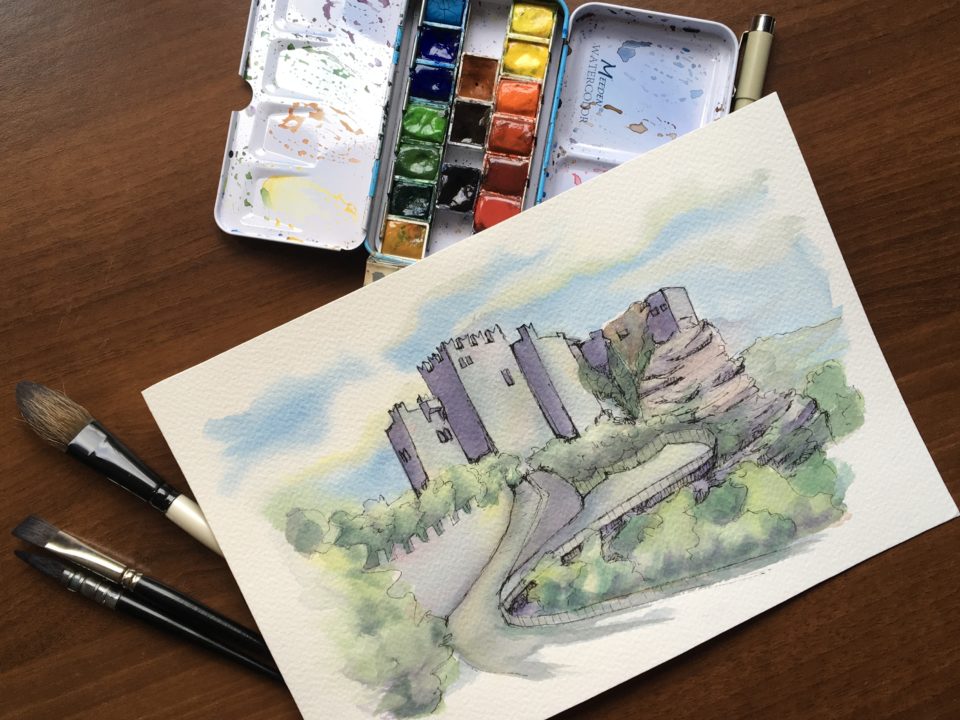 The Castle of Venus in Erice in Sicily 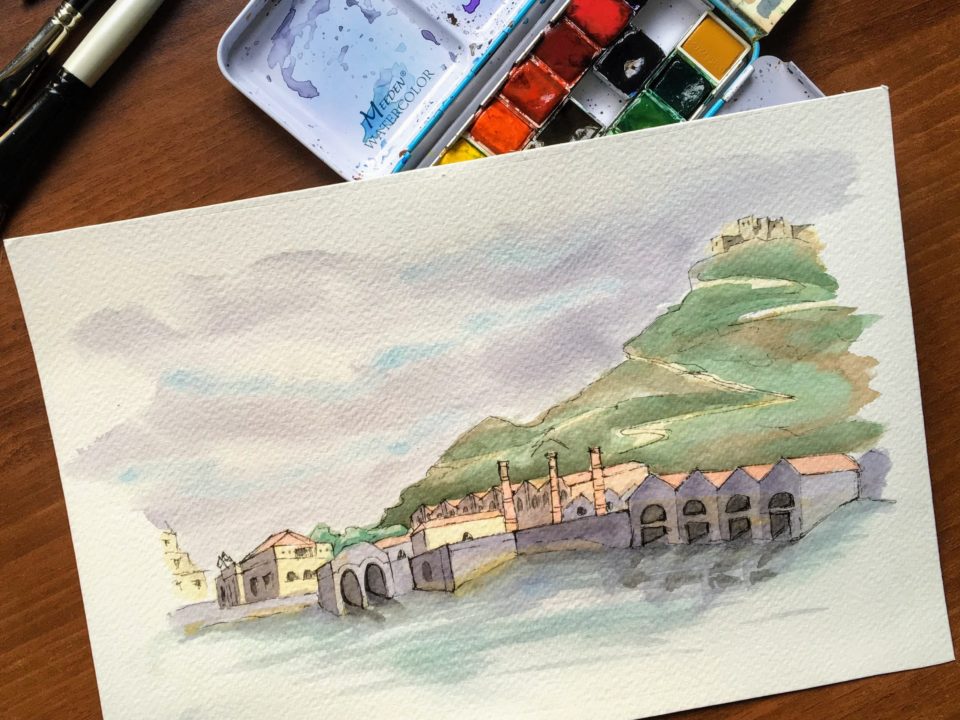