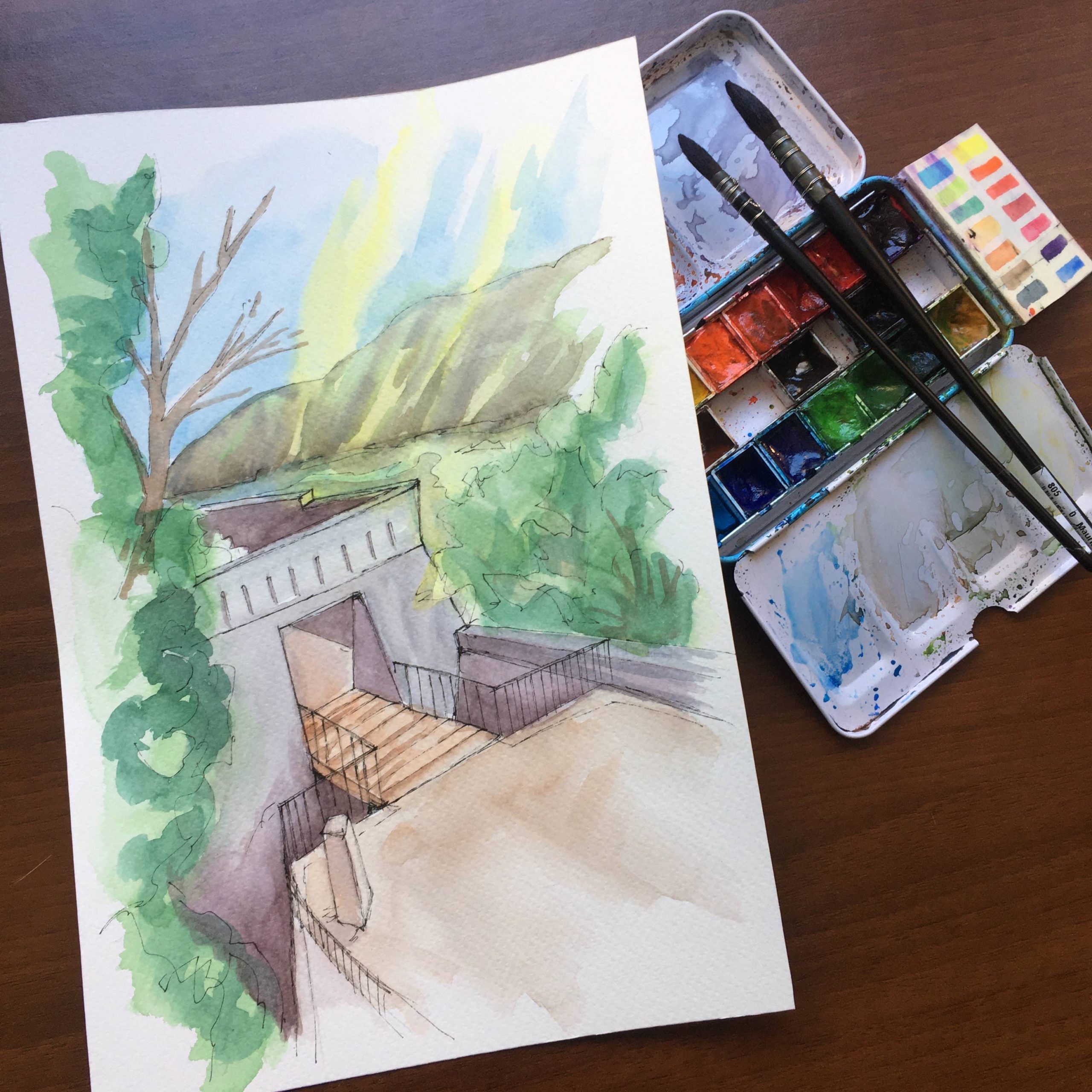 The entrance to the fortress of Osoppo

The main gate into the fortified city

The entrance to the fortress of Osoppo during the #italiagrandsketchingtour.

My last visit for the day is in Osoppo, to see the ‘Fortezza or Rocca di Osoppo’ that is on the top of the hill that played a large role in the defense of Venice against the Austrians in the late 1850s, during the time of the Italian Unification of Italy. I was never in the city, and I was very curious about the fort, even if I knew I would not have the time to visit anything else.

Osoppo is situated in a strategic position on the hills that offer a military defensive system, and a place of control of the roads that cross the plain. The original population was of Celtic origin and was named Carni (from which the name of the region Carnia that is still in use). The area was then conquered by the Romans and later buy the Germans, the Longobards, and so on and so forth. It became part of the Venetian Empire and later conquered by Napoleon. It became famous for fighting the Austrians during the unification and later for fighting the fascists but also the communist brigades that connected with Tito’s army and tried to conquer the region. In short this town and this hill are so condensed of history that it feels impossible to give it justice.

So I prefer talking about the beauty of the view from the top that oversees the whole plain and about the rich remains of different layers of fortifications, that are a sort of labyrinth that needs to be discovered. I decided to paint the main gate from the top of the hill in this audacious perspective, that includes also the Tagliamento river and the mountains that surround the alluvial plain. All in that incredible grazing light that precedes the sunset.

Title of the painting ‘The entrance to the fortress of Osoppo’ 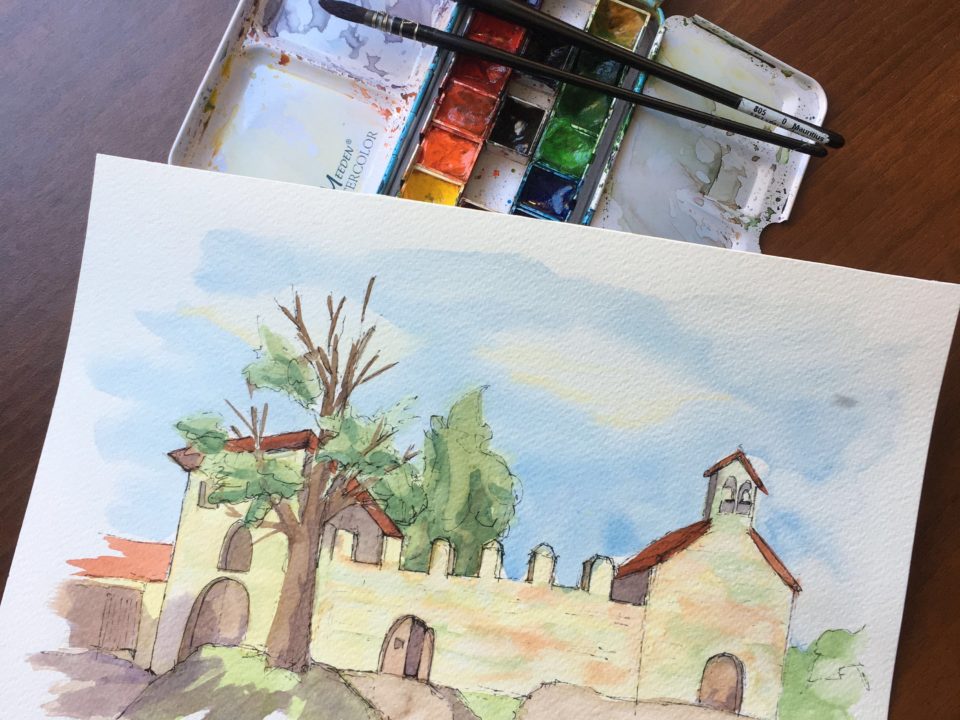 The walls of the Pilgrim Hospital in Majano 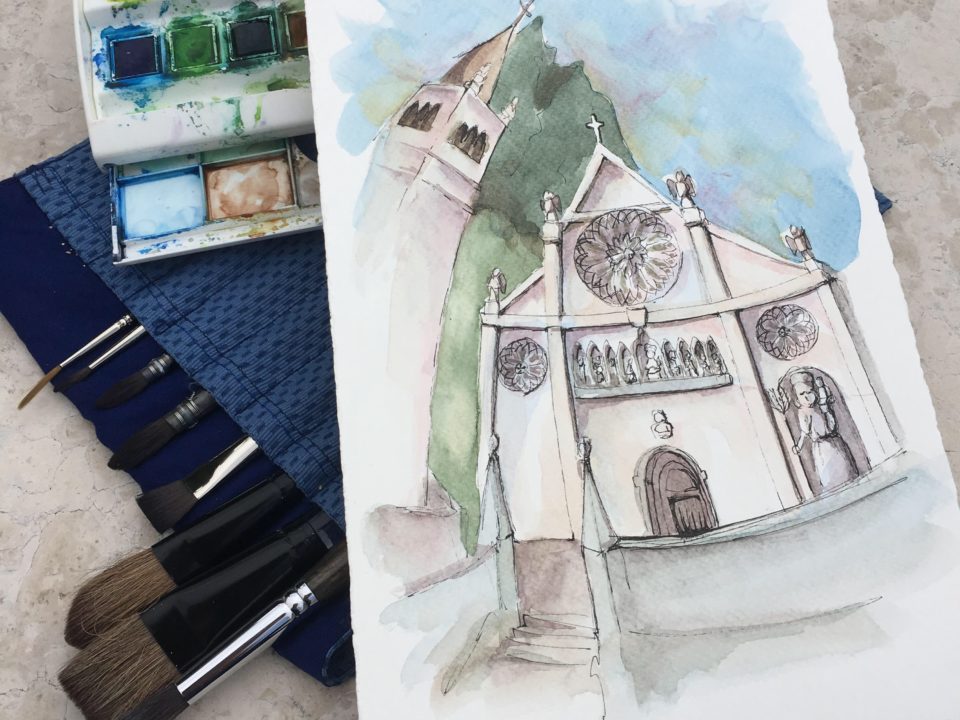 Gemona del Friuli and its Cathedral