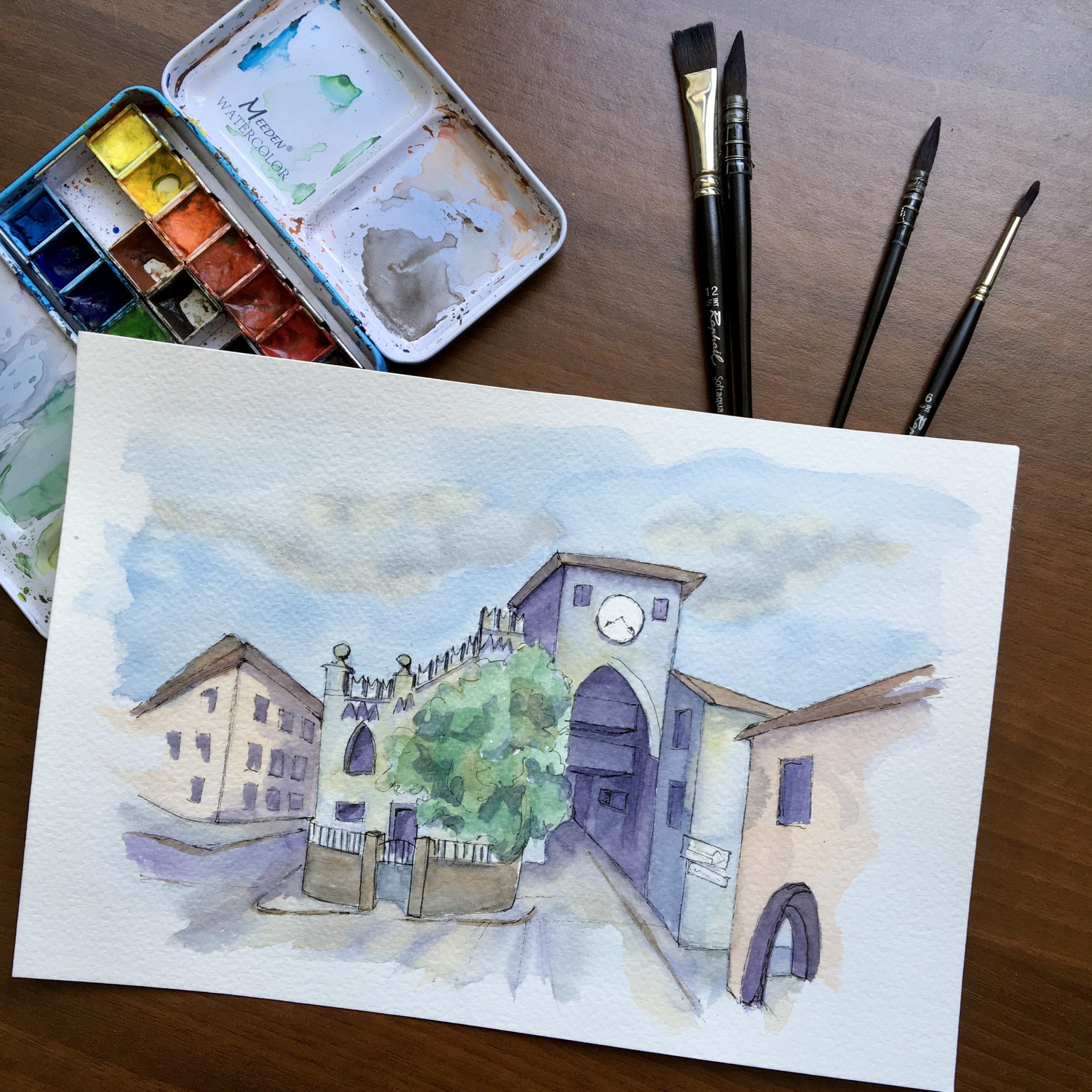 The Eastern Tower of Spilimbergo

The Tower that connects the two parts of the city

The Eastern Tower of Spilimbergo painted during the #italiagrandsketchingtour.

Deciding my stops, I decided that it was time to visit Spilimbergo and I remained astonished by its beauty. The town center is small and it is developed along Corso Roma, perfect for a a walking tour of all the historical landmarks. The corso is exciting with all the bright colors that follow each other in an harmonic sequence.

While strolling you can infer the history of Spilimbergo. The town was born around the 11th century, when the Spengenberg counts, originally from Carinthia, transplanted to the area as vassals of the patriarch of Aquileia. From the ‘castrum de Spengenberg’ the name of the village derived. Afterward, Spilimbergo grew throughout the centuries as a military stronghold and as a commercial transit center, thanks also to the arrival of “foreigners” such as Lombards, Tuscans and Jews. In 1420 the town passed to the Republic of Venice and later under the Austrian and Napoleon, to become part of Italy later on.

After my walk, I arrived to the Eastern Tower, which belonged to the first circle of city walls.  It was built in 1304 and it is one of the most ancient parts of the town. Next to the tower you can admire the Painted House, with 16th century frescoes. I decided to paint the opposite side of the door, the external one, because I loved the structure with the imposing Roman numeral clock, two wooden balustrade and the arch much higher than on the other side.

Title of the painting ‘The Eastern Tower of Spilimbergo’ 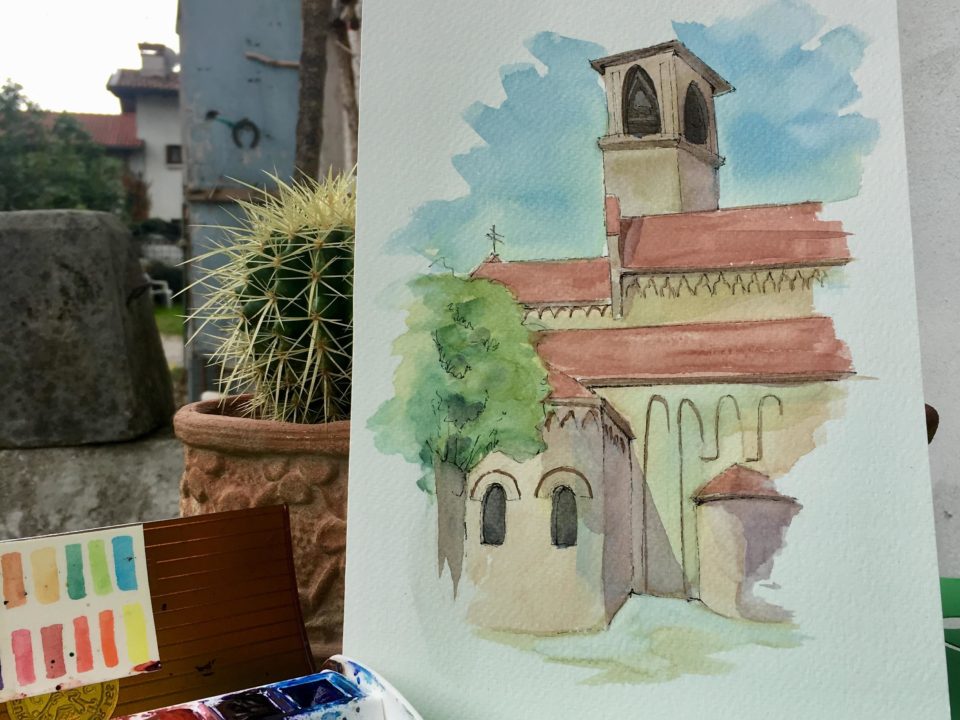 The Cathedral of S. Maria Maggiore in Spilimbergo 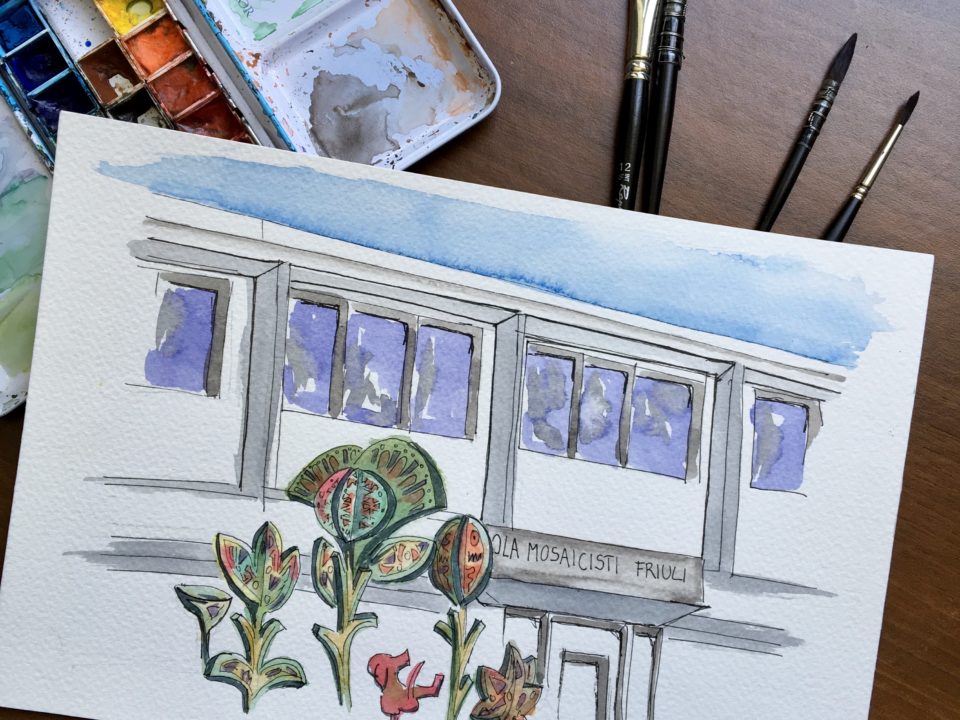 School of Mosaic in Spilimbergo