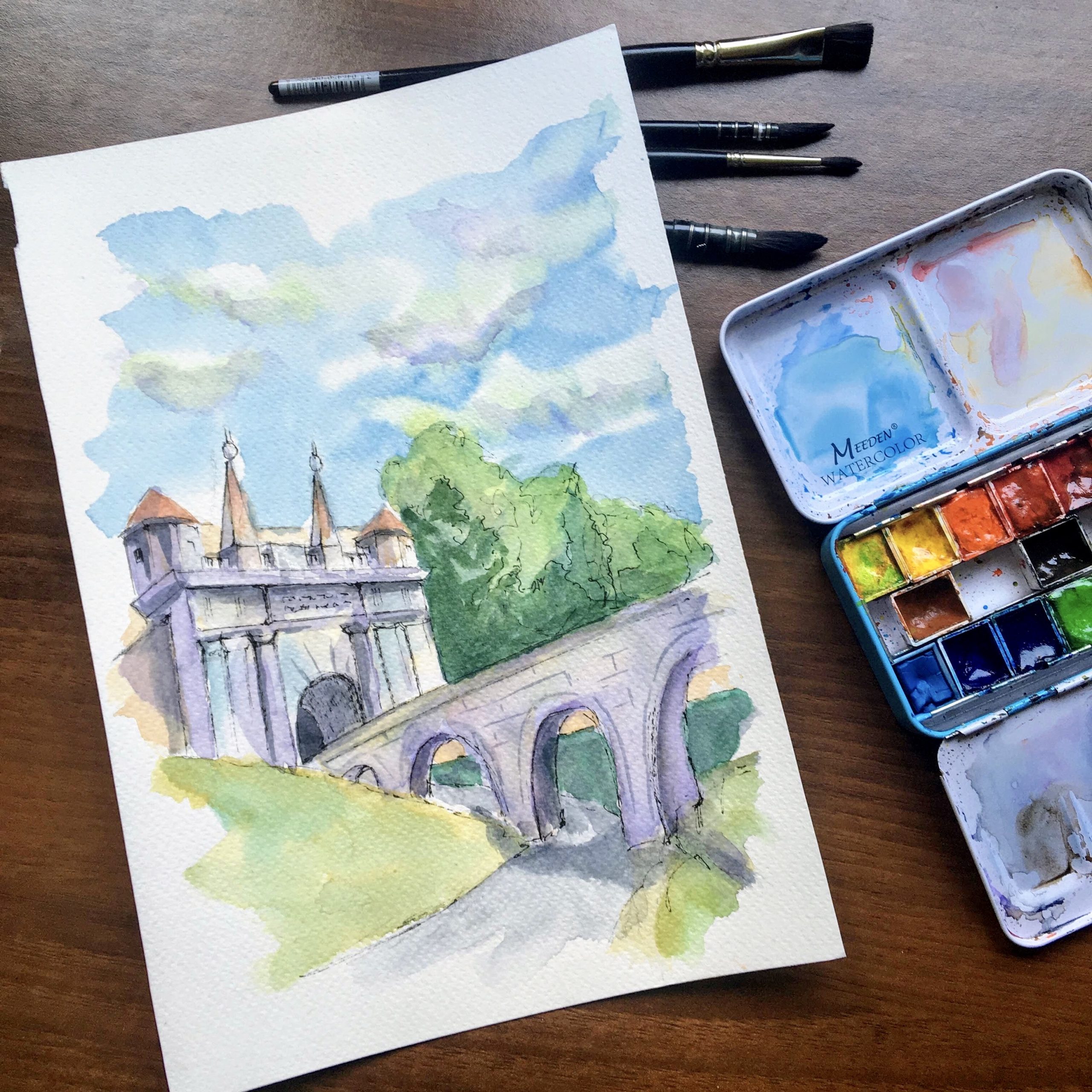 The door to the city Palmanova

The fortified entrance to the star city

The door to the city Palmanova during the #italiagrandsketchingtour.

Before continuing my trip I went to explore the surroundings of Palmanova, in particular I discovered that all around the walls there is the moat that is now like a huge park that surrounds the city.

Palmanova was built using all the latest military innovations of the 16th century, and the town was a fortress in the shape of a nine-pointed star, designed by Vincenzo Scamozzi. The idea of this layout was that between the points of the star, ramparts protruded so that the points could defend each other.

As mentioned, a moat surrounded the town, and three large, guarded gates allowed entry, while other 6 fake gates were built to create a diversion against the enemies. If this idea of protection can feel like paranoia, we have to remember that this was the period in which the Arabic forces where pushing against the borders of the catholic territories, in particular the Venetian court on this side.

After a reinvigorating walk in the greenery, I sat on a sort of picnic area and started painting this gate of the city, and I was so surprised of what came out. To me it feels like a castle from a fairy tale with the bridge leading to the clouds. I love that atmosphere, maybe it happened because being back on the road felt like my own fairytale and the bridge in my mind is leading to my dreams.

Title of the painting ‘The door to the city Palmanova’ 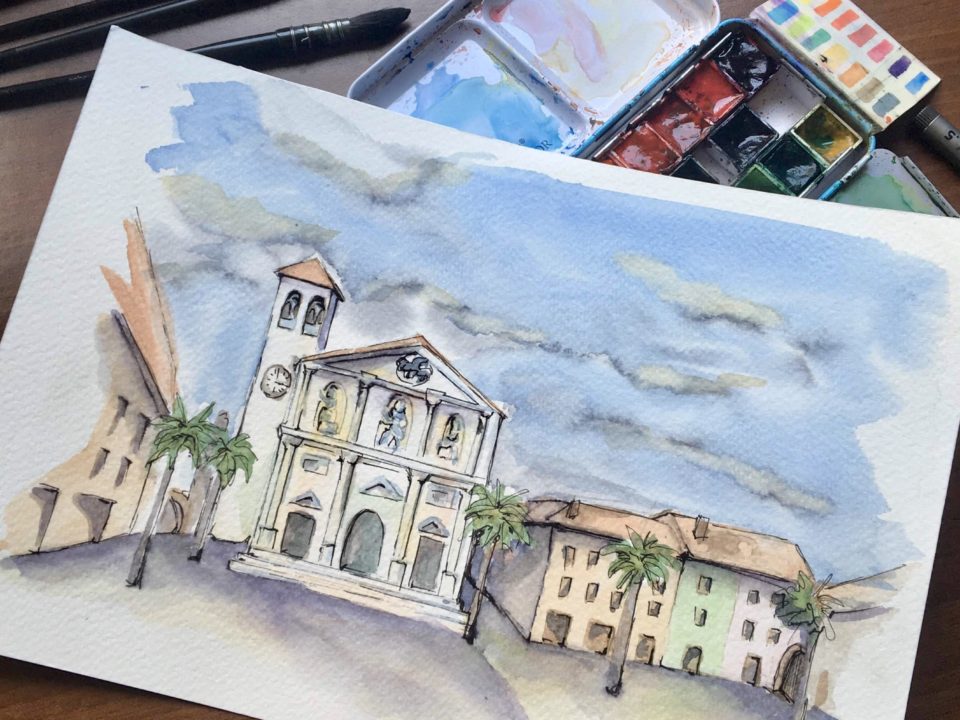 The Star Square of Palmanova 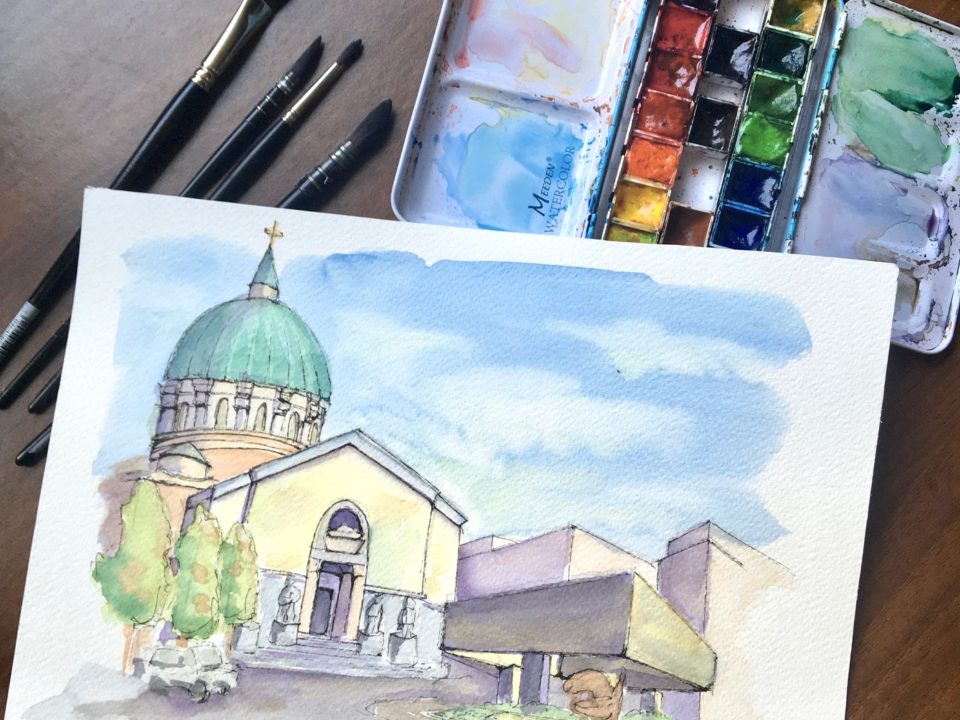 The monuments to the war soldiers in Udine